What safety standards are there within footwear?

Safety footwear standard EN345 is being superseded by EN ISO 20345. Which standard your footwear is tested to is identified on the product information label, this is found within the boot or shoe.?Highest protection, toe-caps are tested to 200 Joules.

What you wear on your feet really matters. Getting the right footwear will make life safer and easier. Employers are legally responsible for providing the correct footwear. Protect now.

The EN ISO 20345:2007 standard sets out minimum requirements that safety footwear must be successfully tested against.

The EN ISO 20345:2011 standard sets out new tougher minimum requirements that safety footwear must be successfully tested against.

The standard specifies all safety footwear must have toe protection. In addition to different protective features footwear represented by a combination of letters.

Your toes are a very vunerable part of your body, especially in a work place. Toe protection must withstand a 200 joule impact. Joule is the unit of energy and this standard is purposefully specific. Something heavy falling from a low height could have a lot less energy than something lighter from a much higher height. As well as impacts the toe area must withstand a resting of falling 20 KG object from minimum 1 meter high.

Most people have heard of steel toe cap boots but the protection doesn’t have to be steel. Infact there are advantages to alternatives. Non-metallic protection can be equally as strong but lighter.

Clothing, seating materials, and climate factors can cause a build up a static charge of electricity in the body. Some materials in footwear can over insulate the body causing the charge to be held. When you then touch something the charge can rush from your body quickly causing a spark and a small uncomfortable shock. Antistatic footwear will significantly reduce this effect but does not offer full protection for exposure to electronics and explosives work. You will need Electro-Static Protection (ESD) for this.

Sharp objects where we walk and stand are significant risk not only in the workplace but also outdoors and at home. Midsole protection will guard against nails and other objects. To meet this standard the footware must be able to resist a penetration force of 1100N. Midsole protection is provided in one of thee methods: a stainless steel insert in the sole, aluminium insert in the sole, or by Kevlar insole. The Aluminium and Kevlar solutions are the most flexible and lightest and cover the greatest area of the foot. Kevlar insoles also offer much higher thermal insulation.

Energy Absorption in the heel region

Water resistant upper, not used on all rubber or polymeric footware.

Insulation against cold: tested for 30 minutes at 1 -20°C

Insulation against heat: tested for 30 minutes at 150°C

ESD footware is desined for the electronics and explosives indsustry and has to meet ESD CEI EN61340-5-1 standard.

Safety footwear containing no metal parts are ideal for workplaces with metal detectors like airports eliminating the hassle of removing them.

All safety footwear can have more features than are listed above but these are the minimum requirements to meet each of the safety ratings, So you cold have a S1 CI or S1 HI. we have listed the main ratings above there are more but these are the most common. 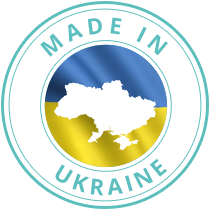